James Everingham is the head engineer for Instagram, and he refers to team management as being like Schroedinger’s cat in a box theory.  Basically, the physics theorem proposed by Schroedinger held that unknowns in a given experiment – such as the cat and a vial of radioactivity next to it – can exist in “superposition,” or simultaneously alive and dead (if you’re the cat) if the experimenter doesn’t peek in and ascertain the truth. Everingham contends a similar position when working with his development teams – whether it’s at Netscape, or now at Instagram – saying that managing his teams is like the experimenter looking in and having to decide if the cat (the team) is dead or alive. 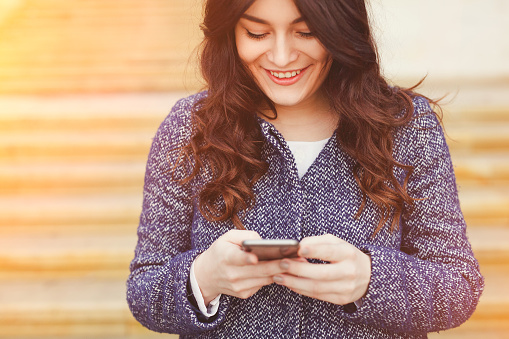 But, the self-named “quantum management” style Everingham brings to the table goes far beyond theories of the well-being of a hypothetical cat in a box. What the real connection to Schroedinger’s cat and superposition is really about is that it’s a thought experiment involving multiple states of reality existing simultaneously, and the possibilities involved therein. It appears to have worked brilliantly so far, as the (mostly) left-alone cat in the box of innovation has helped elevate Instagram to being one of the most popular social media sites on the Web, behind only Facebook, LinkedIn, and Pinterest, according to a 2014 Pew Research Center study. What Everingham’s management approach is able to say is, “Whether or not the cat is alive or dead, the brainstorming, developing, and innovations go on.”

It actually touches upon the Heisenberg Uncertainty Principle or related Observer Effect perhaps more so than Schroedinger’s cat, in that, as Everingham says in an article in Fast Company, “The observer effect is real in the workplace, and you can affect the outcome of any project as a manager simply by inserting yourself. Often, a manager will take their team into a room and say, ‘Here’s what we need to do,’ or ‘Here’s what I’ve been thinking,’ or ‘Here’s one way we can think about this…’ as they start sketching on a whiteboard. They’re trying to add value. We always want to add value. But if you’re in any position of authority and you do this, you’ve just limited the number of outcomes and your path to success pretty dramatically.”

So, can Everingham’s quantum management style be used or adopted by other team managers or department heads? And, if so, how? The rhetorical answer is probably, “Gradually, or on purpose from the get-go,” depending on how gung-ho said team managers or department heads and their underlings are in getting results based on multiple states as opposed to singular outcomes or decisions. This truly is an apropos management guide for “thinking out of the box” as we’ve all heard it for years. The only difference here may be that James Everingham’s box already contains all outcomes and solutions – he just lets them stay in that state rather than single-out only one answer or state of being over all others, but scales their individual applications accordingly.

This could be a very good thing for managed units or departments – freeing, unifying, and more innovating as the effect may be. It has to be better than the inflexible, imperious position taken of, “This is the only set of outcomes or answers we will tolerate”.

If you’re in search of a company that can embrace many outcomes that optimize your IT performance, Interplay is the leader in providing IT consulting in Seattle. Contact one of our expert IT staff at(206) 329-6600 or send us an email at support@interplayIT.com today, and we will help you with any of your needs, via our own quantum management principles and applications.