Why are we not better at stopping employee theft? 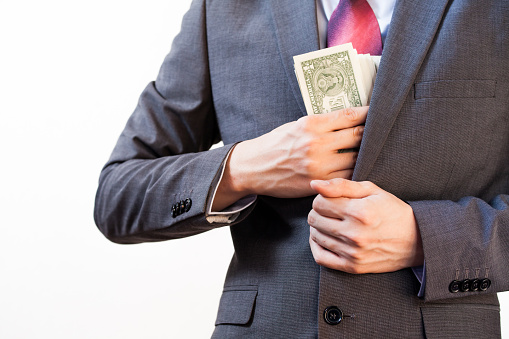 How big is the problem?

We can’t do everything ourselves, so we need to be able to hire people who can make our companies the best they can be. In order to do our work, these employees need access to our stock, our buildings and properties, even our computers. But with all the efforts put into hiring the best people for the job, there is a continuous, ongoing, staggeringly large problem of computer theft.

Statistics say that employee theft in America by employees alone accounts for $50,000,000,000 worth of loss, which is about 7% of all revenue. Three out of every four employees have stolen at least once from their employer, and about a third have stolen at least twice. The median amount stolen is about $175,000. Employees account for almost half of unauthorized inventory shrinkage, which isn’t as surprising when you consider they have the best access.

What’s wrong with what we’ve been doing?

Yet even knowing the large scale of the problem, business still are not finding the best ways to reduce the problem significantly. Most of the theft which is finally brought to the attention of management was not found because of anti-theft efforts. More than 40% of the found fraud was either discovered completely by accident or because of a tip from another employee.

Drug and criminal testing can eliminate some obvious potential thieves, because you can eliminate people feeding a drug addiction and people who have already been convicted of theft. Other low-tech ways to reduce theft include making sure that no employee works alone, and keeping an employee tip line. Getting to know your employees makes them less likely to steal because they appreciate your attention; letting them know you makes them less like to steal because they are less likely to steal from someone they know as a person instead of just an employer.

While all these efforts have had some minor successes, they have not put a dent in the problem.

What can we do better?

The most obvious way to use technology to help is by having cameras monitor the activities in all of the physical work areas. Even the trash should be monitored, as this is one of the ways employees can take property out without being seen. Video analytics that accompany a monitoring system can catch unusual transactions at the point of service, making it easier to monitor those. This will particularly help find employees using their position to steal by letting their colleagues get past the pay points either without paying, or without paying enough.

Automated inventory tracking can help cut down on theft by showing what should be in the inventory in real time, and it cuts down on the human error normal in doing inventory. This cuts down loss in both those ways. Refining the business policies while implementing these new methods can also help cut down theft as people are clear about what is expected and that they are being monitored.