Windows 7 and 8 Unsupported by Intel, Qualcomm, and AMD Zen Processors You may have seen or heard about the reports coming out of Microsoft HQ that the newest as well as future processors by Intel, Qualcomm, and AMD will not support older versions of Windows – namely versions 7 and 8. What does this mean for businesses? Probably an expensive rollout and upgrade if you haven’t taken advantage of the free Windows 10 upgrade within the past year. OS unsupported means that, basically, if you want to run Windows on the popular computers that run Intel Skylake, Qualcomm or AMD Zen processors you will be required to have Windows 10 as your OS; so says Microsoft. 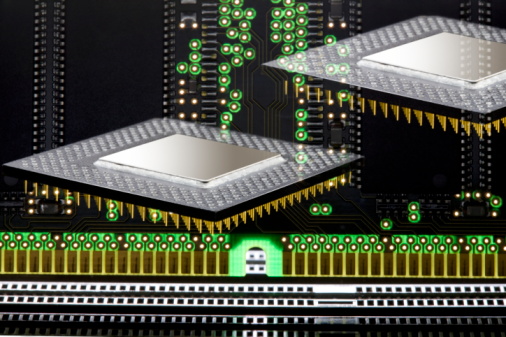 Upcoming iterations of Intel, Qualcomm, and AMD chips such as Kaby Lake silicon, 8996 silicon, and Bristol Ridge silicon, respectively, will not support Windows 7 or 8. Does this seem like an unnecessarily aggressive move by Gates, et al. in Redmond? It might, but getting a seasoned IT support team in there to help you with the upgrades and rollout will make any transition go as smoothly as possible, and you won’t have to worry about incompatible OSes on your desktops and mobiles.

Installing Windows 7 or 8 on computers running Kaby Lake, AMD Zen, or Qualcomm 8996 should result in the driver and security updates being “a bit glitchy,” according to PC World. An Aug. 31 article in Forbes warns users, “If you’re running Windows 7 or Windows 8/8.1, you should not buy a new PC with Intel’s 7th Generation Core Kaby Lake processors — or any processor generations that follow. Hat tip to PC World, which pointed this out on Tuesday.”

4-Traders counteracted the aggressive “upgrade or else” hype, though, in a story Sep. 3 saying that Windows 7 and 8 will indeed be supported by Intel Core Kaby Lake processors. Processor analyst Dean McCarron of Mercury Research says the outcome will be just fine when running the older versions of Windows on those new-fangled processors that Microsoft has so loudly warned us about. And, his credibility seems pretty airtight on the matter.

Some are calling this Microsoft push for Windows 10 aggressive; others say it’s just the efforts of a popular software giant to get its customers on the same, compatible page. Still others are saying you will be just fine when running Windows 7 and 8 on the new-generation processors. Whatever your beliefs or opinions about the matter are, we can help you with the changeover, rollout, and upgrade through planning, validation, and network uniformity. For those of you who wish to remain with older hard drives and previous versions of Windows, there are ways to maintenance chips, as well as alternative OS types you can run – namely Linux Mint, for example. Whatever scenario you choose during the Windows 10 push, our IT team is in your corner to help you make the smoothest changeover or adaptation possible.

The IT Pros Who Can Help

Only an experienced IT support team is qualified to be your trusted IT services provider. Call us today for a free consultation on what we can do to help you with the Windows 7, 8, and 10 compatibility factor. Interplay is the leader in providing IT consulting in Seattle. Contact one of our IT pros at (206) 329-6600 or send us an email at support@interplayIT.com today, and we will be happy to answer all your questions.